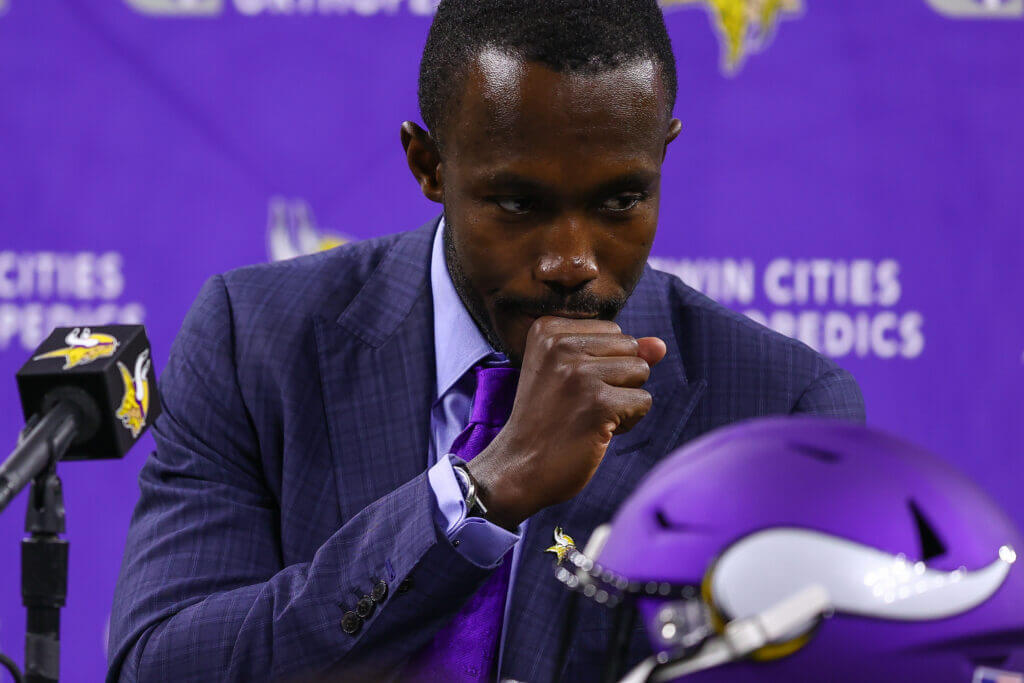 Kwesi Adofo-Mensah sat next to Vikings co-owner Mark Wilf and watched the scene in front of him. He sat at a raised table near the midfield of the team’s training center, flanked on either end by purple helmets. He had entered the NFL less than a decade earlier. And there he was introduced Thursday as Minnesota’s new general manager.

He talked about his non-traditional path so far and the challenge ahead. And he revealed a little more about himself. As day one of the Adofo-Mensah era begins, let’s take a look at 11 things we learned about the new Vikings boss.

1. After Adofo-Mensah’s first interview with the Vikings, conducted remotely while Adofo-Mensah stayed home one snowy Cleveland morning, he called Andrew Berry, one of his mentors and the general manager of the Browns. Berry wanted to know how the interview had gone.

Adofo-Mensah relayed all the positives he felt about Vikings work and brass. He liked that they were detail-oriented and process-oriented.

“And he says, ‘Looks like you found your people,'” Adofo-Mensah said. “And I was just like, ‘Yeah. I think that made sense, man.

He came downstairs after conducting the interview in his office, and his fiancee, Chelsea, spotted him acting a bit strange. “I was kind of jumping,” Adofo-Mensah said. She had been eager to hear how the interview had gone and now wondered why he was acting weird. “What’s wrong?” she asked.

“I was like, ‘I don’t know. There was just an energy from that. I felt energized afterwards,’” Adofo-Mensah said.

SWOT analysis of the Blazer Jackets Market report by 2031