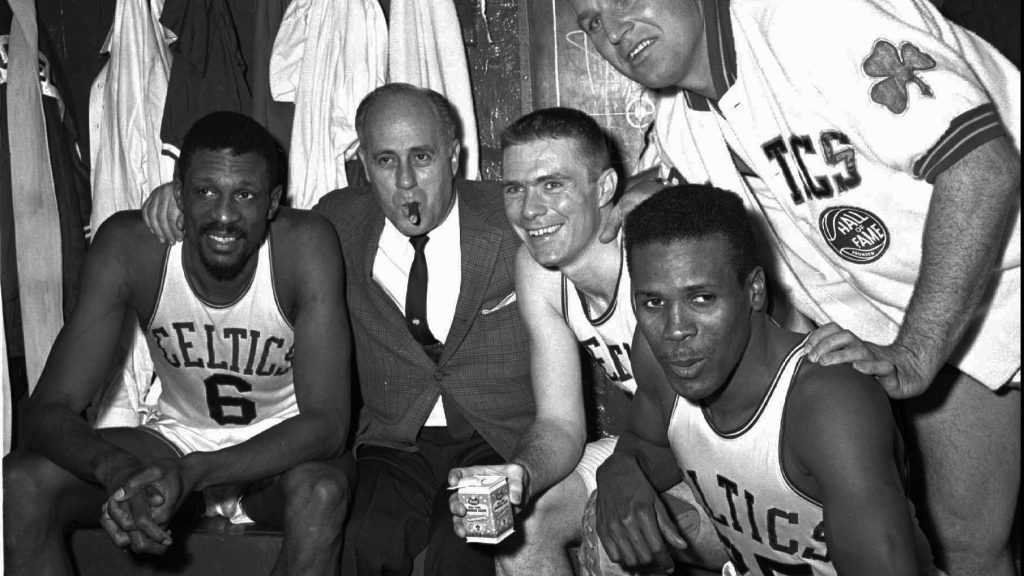 Another memorabilia tied to late Boston Celtics Hall of Famer Bill Russell is up for auction, according to Yahoo’s Bryan Lambert. According to the Yahoo analyst, the Celtics warm-up jacket worn by Russell will be available for auction via the Lelands Summer Classic auction organized by Leland Auctions.

The white jacket with green and gold trim and lettering was worn by the legendary Celtics center in the 1964-65 season. Russell earned his fifth and final Most Valuable Player award while winning the Celtics (and Russell) the seventh consecutive title and eighth title overall this season.

An iconic figure not only to Boston fans and the NBA at large, but also to the history of the American civil rights movement of the 1960s, Russell’s No. 6 jersey will be retired from the league this season in memory of his death at the end of July.

Celtics fans in favor of the expansion might be a lot less enthusiastic once the daydream comes true. https://t.co/d1F8IlMnNn

Listen to the “Celtics Lab” podcast on:

How can the NBA improve the Dunk Contest of the All-Star Week?

“I could see how there could be an upside to having Carmelo…on the roster,” says Brian Scalabrine

What potential Danilo Gallinari replacements could the Boston Celtics consider?

Celtics Lab 140: Does the NBA have enough talent to grow, and how might it affect the Boston Celtics if they did?

Every player in Boston Celtics history who wore number 8

Where does the Boston Celtics’ starting five stand in the Eastern Conference?