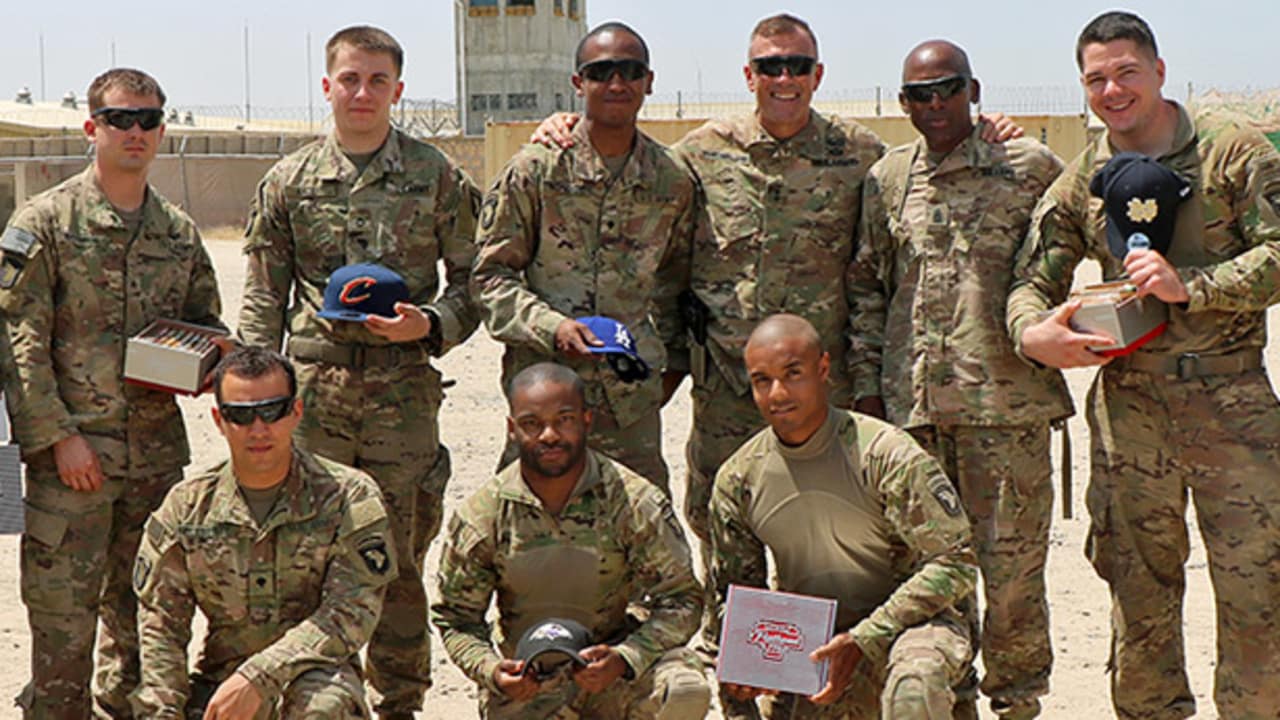 This year, Harbaugh decided to spend the entire stipend on gifts for troops serving overseas. Harbaugh bought 154 New Era caps to give away.

“We certainly cannot underestimate how much we appreciate the great sacrifices made by our military overseas, and so our goal with the caps was to try to brighten the days of as many men and army women as possible,” Harbaugh said.

Among those worn by soldiers in the returned photos were hats featuring the Houston Texans, who the Ravens will face on Monday Night Football on November 27, the Denver Broncos and Notre Dame. No sign of Pittsburgh Steelers caps.

“I know that, unfortunately, not everyone is a Ravens fan, so I thought we should send hats from every team,” Harbaugh joked. “But I made sure there were Ravens and Michigan caps in case anyone wanted to switch allegiances.”

Harbaugh had the hats sent to U.S. Army Major General JT Thomson, whom Harbaugh met eight years ago during his trip to Afghanistan. The packages arrived at Bagram Airfield in Afghanistan on April 27, and Thomson has since been distributing them to troops across the country. By Saturday, the hats had arrived in a remote location in the northern province of Kunduz.

Harbaugh had a long and close relationship with the military while in Baltimore. He was named the winner of the 2014 NFL Salute to Service Award.

“Fortunately, I have some wonderful contacts with Major General JT Thomson, a great military leader and close friend, and the New Era team, both playing a pivotal role in making this small gesture such a big one. success.” Harbaugh said.