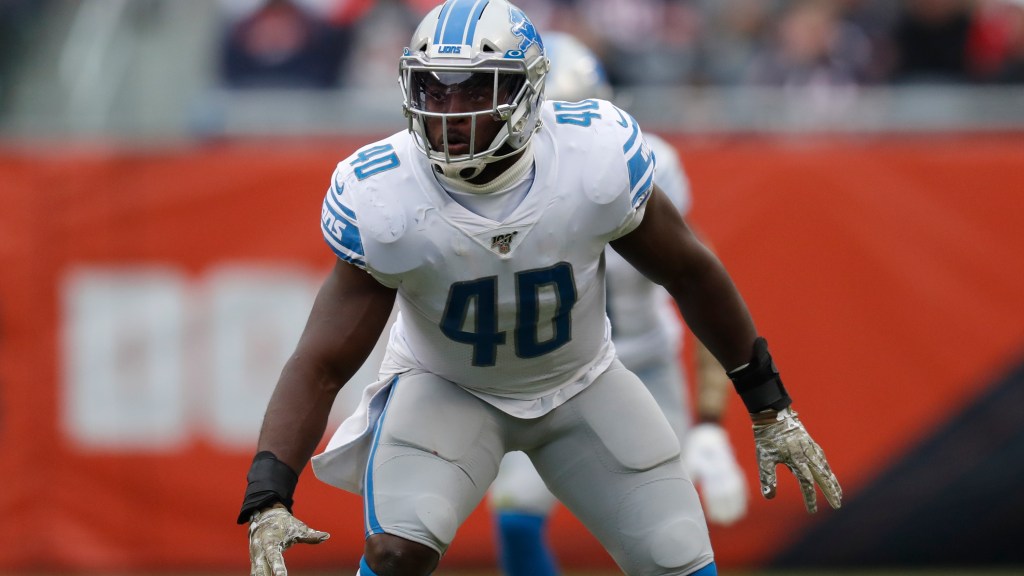 It looks like the newest members of the Detroit Lions have received their jersey numbers. The rookie class got their numbers, and now veteran free agents signed this offseason have their new jerseys, too.

Wide receiver DJ Chark will wear No. 4 for Detroit after wearing 17 in recent seasons in Jacksonville.

Safety DeShon Elliott initially wanted No. 7, which is retired by the Lions. He chose to stick to single digits and will wear the number 5.

Cornerback Mike Hughes will wear number 23, which was previously held by Jeff Okudah.

Linebacker Jarrad Davis was able to receive the number 40, which he wore during his first stint in Detroit as well as throughout his collegiate career.

Linebacker Chris Board will wear number 49, which he wore during his time with the Baltimore Ravens.

After wearing 46 – a much less popular number for tight ends – in New Orleans, Garrett Griffin will wear 86 with the Lions.

Former first-round pick Jeff Okudah will get his third jersey number in as many years as he swaps his 23 for the number 1, which he wore at Ohio State.

On the defensive line, Michael Brockers switched to number 90, which he wore during his time with the Rams. Sophomore Levi Onwuzurike will drop from 75 to 91, a much more appropriate number for a starting defensive tackle. Bruce Hector also changed his number in the 70s and will now wear 92.

The full list of new numbers and changes is as follows:

Have you ever been to the highest elevation in New Jersey?