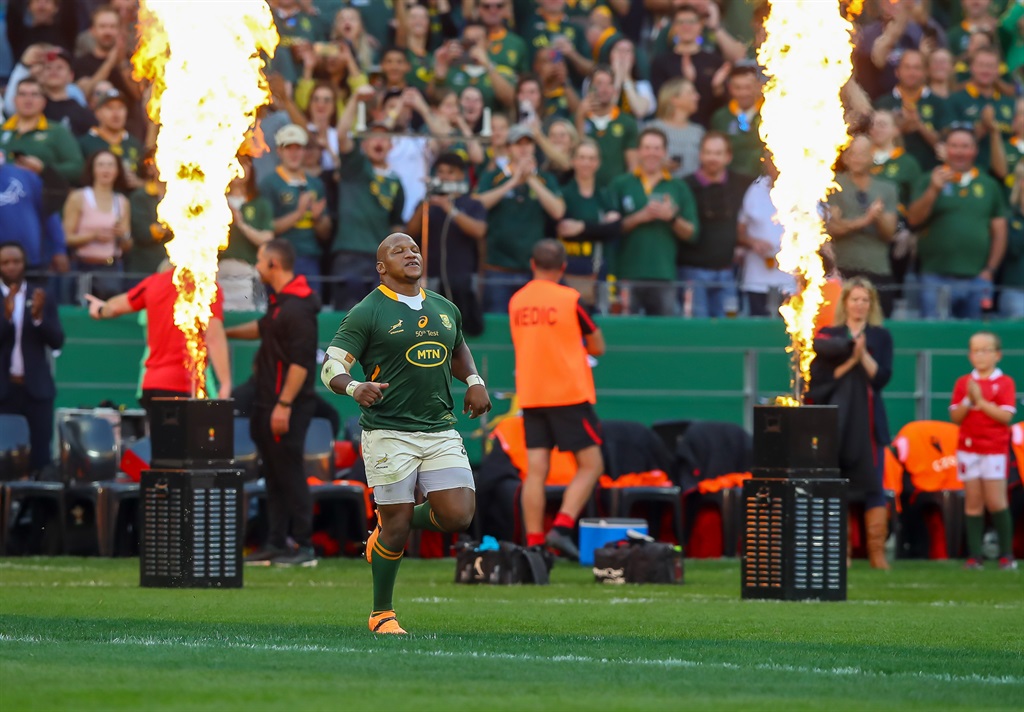 Springbok hooker Bongi Mbonambi was more than delighted with Malcolm Marx’s contributions as he recovered from a knee injury.

Marx was often on the bench for Mbonambi, but when Mbonambi injured his knee in preparation for the second All Black Test at Ellis Park on August 13, Marx stepped up and more than filled his void.

In Mbonambi’s absence, Marx started and with some success, with the Boks recording back-to-back wins over Australia and Argentina that saw them bounce back from two defeats to the All Blacks in Johannesburg and the Wallabies in Adelaide.

“Malcolm has played very well and the competition in the squad is very tight,” Mbonambi said.

Mbonambi, who trained with his knee tied this week, said there was pressure on them to deliver a trophy that has usually eluded them.

However, he said the pressure to play for the Boks was a privilege compared to what the country is going through socio-economically.

“I wouldn’t use pressure as a word, I would consider it a privilege to be included in the squad as the South Africans face more pressure there,” Mbonambi said.

“I hope I’m doing my job well. The knee injury was weird and I was really gutted when it happened.

“I did my rehab and got back to training. I feel more confident in my knee than three weeks ago.”

Mbonambi is not a regular adviser, but said he welcomes every opportunity to get stuck in for the Boks.

Joseph Dweba and Deon Fourie were the prostitutes used in his absence, the latter coming on the flank as Marx put in two full 80-minute performances in his last two Tests.

“I’m really happy to be back in the Springbok setup and taking every opportunity I have to be with my friends,” Mbonambi said.

“We have to prepare well to make sure that when the game comes we will be ready to perform whatever is asked of us.”

HEAD-TO-TOE TRAIL PROTECTION: This jacket and pant have built-in pads.