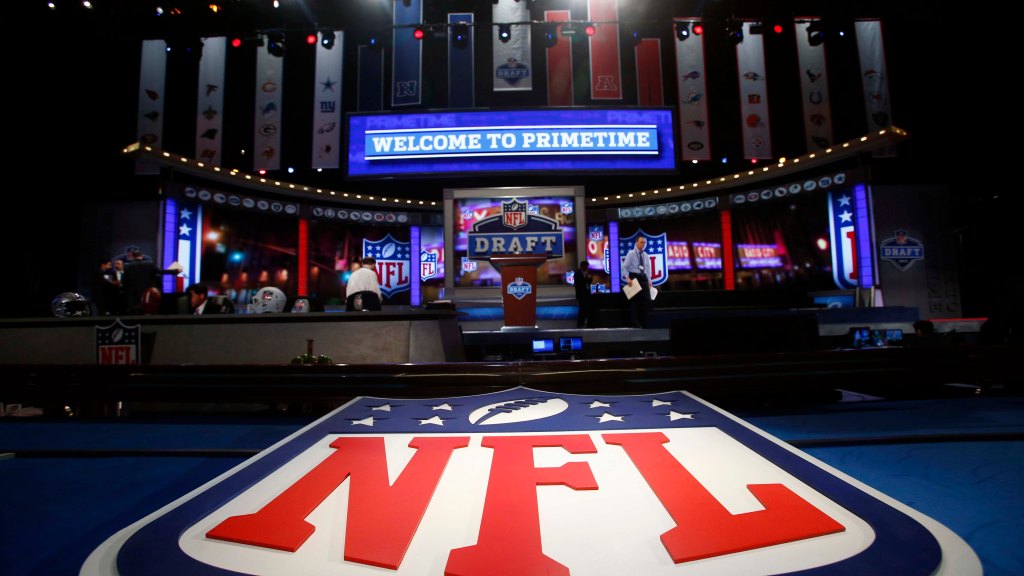 New Era has revealed the hats NFL rookies will wear when they’re chosen in the upcoming draft, and this year it’s all about the phrases.

Specifically, each hat has a team-specific phrase on the front and embroidered into the headband. So we decided to rank them based on how cool the two sayings combined are.

“America’s Team” belongs to another era of Cowboys football. Don’t you feel like there are so many other teams that deserve to be “Team America” ​​now? Or do we have to pretend that a franchise is “America’s team” to begin with? Come up with something new, please.

“Niners” is just the nickname of the team, not an original phrase.

“Cardinals Football”? Too bad, because “Rise Up Red Sea” is pretty cool.

The weird spellings that look like typos bother me, and it also reminds me of Bill Belichick, who coaches the Bills’ rivals.

I know I’m evaluating based on sentences – and these are correct, and yes, I know all about Fly eagles fly – but you don’t mind that the Eagles logo is off center?

The Giants probably couldn’t go any other direction here, so they went for the classics.

Not terrible either, but not great either.

Yes, we know you are Texans.

I don’t need to see inside. “Superchargers”? That’s it?

They should have reversed it – I prefer to wear a hat with “KEEP POUNDING” on the front.

How about an Edgar Allen Poe reference? I am kidding. But “Ravens Flock” is fine.

Twitter was confused by “Colts Forged” last year. We are still waiting for someone to enlighten us.

If I penalized the Eagles for an off-center logo, I have to do the same with the Vikes. But “Defend the North” is so good.

I can’t decide if the much shorter “HTTR” would have been better or worse. Probably worse.

Right in the middle, that is to say where it is classified.

“One Pride” grows in me.

I totally agree with calling Cleveland “The Land”.

Everybody loves “Who Dey”, don’t they?

Sums it up pretty well.

“Titletown USA” is one of the top 10 sports phrases.

Two great phrases to choose from.

Today I learned that “Mob Squad” is a thing with the Rams.

A hat that says “DO YOUR JOB” is a message to the player being drafted, which is simply the most patriotic thing ever.

I love that they used “Just win baby”.

I admit I’m probably biased because “Monsters of the Midway” is the perfect sports nickname.

Look at the creativity!!! The use of the “12” flag is perfect and you don’t even need words inside to know what is being said.