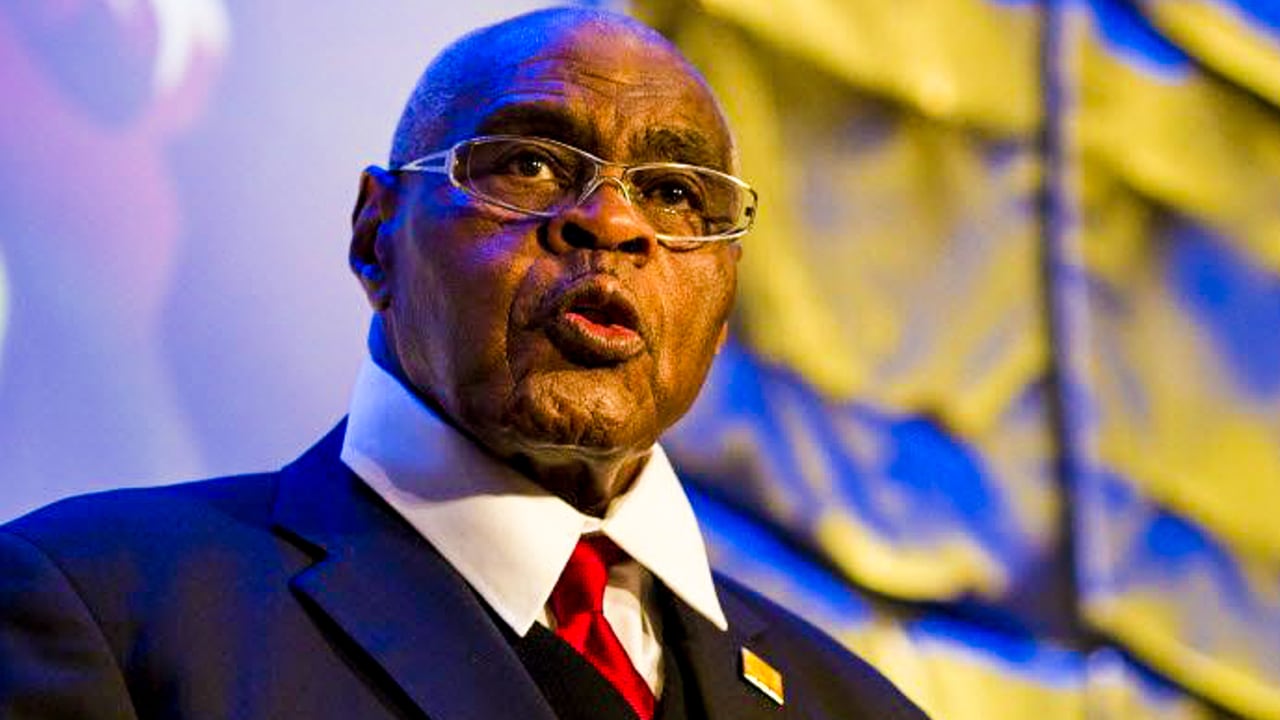 OXNARD, Calif. – Once in a while, life will present us with an unexpected coincidence that will cause us to say “Say what?”

Here’s one that came out of nowhere this week.

As of July 27, we knew that former Cowboys cornerback Everson Walls, along with linebacker Chuck Howley, had qualified for the final 12 of the Pro Football Hall of Fame’s senior category for induction into the Hall. This will be the second occasion for Walls to be inducted into the shrine in Canton, Ohio, and the first for Howley.

We also found out on this date that former Cowboys scout, staff man, and director of pro personnel John Wooten qualified for the final 12 coach/contributor finalists. Wooten would certainly win the award for being Forrest Gump of the Pro Football Hall of Fame.

For those not as familiar with the 85-year-old Wooten, he can list as of 1955 the second black University of Colorado football player after eventual former Cowboys wide receiver Frank Clarke; former Cleveland Browns starting guard, who arrived in 1959 and blocked not only Browns Hall of Fame running back Jim Brown, but also Browns Hall of Fame running back Leroy Kelly; a former players’ agent for the likes of Cowboys Hall of Fame wide receiver Drew Pearson and tight end Billy Joe DuPree; former Cowboys scout, contract negotiator, personnel advisor to Tex Schramm and director of professional personnel for the Cowboys; then moved to Philadelphia professional staff and eventually vice president of player personnel in 1994; former Baltimore Assistant Director of Professional and College Scouting; then former consultant for the Ravens while working from home; and … finally this:

“I’m honored to be listed with the great people in our game,” Wooten said this week, already a member of the Browns’ ring of honor, having played on their 1964 NFL championship team with the losing 1965 team. against Green Bay in the title game.

Knew full well that Wooten had set the stage with Pittsburgh to move the Cowboys from No. 21 in the first round of the 1990 NFL Draft to 17 from the Steelers in a trade for only a third-round pick so the Cowboys could select Emmitt Smith.

Knew Wooten helped launch the blockbuster trade arrangement with Minnesota by sending Herschel Walker to the Vikings for an unprecedented number of draft picks and players that upset the struggling NFL and Cowboys into three-time champions of the Super Bowl in the 1990s.

But here is one that has eluded most of us.

It was Wooten who had his eye on the scrawny Grambling State University cornerback before the 1981 draft, and now both have the chance to be included in the Hall of Fame in the Class of 2023.

“But I told him, ‘You won’t get drafted because you didn’t run fast enough,'” Wooten said. “They won’t take you.”

“But then I said to him, ‘I know you can play because you have ball skills,’ and that’s what Diggs’ kid has with the Cowboys now.”

As for Walls’ part of the story, he wasn’t happy to be told about this, and not just by the Cowboys, but by two other NFL teams, including the Packers and then the CFL Toronto head coach Willie Wood.

“Yeah, that’s what they all said,” Walls said, referring to his speed.

After going undrafted in the first four rounds, “I was so mad I just went to class,” Walls said.

Well, never mind how it ultimately turned out, since we know the rest of the story, with the undrafted Walls setting the NFL single-season rookie record with 11 interceptions in 1981, and no NFL players. hasn’t totaled more than 10 interceptions since…until Diggs’ 11 last season matched his 11.

But Wooten says he told Walls the Cowboys would definitely be interested in signing him as an undrafted free agent, which of course they did in 1981, the start of a nine-year career with the Cowboys. Cowboys and that eventual Super Bowl victory in 1990 with the New York Giants, playing for future Cowboys head coach Bill Parcells and at the time a defensive coordinator named Bill Belichick. By the way, just another story worth keeping in the Hall of Fame.

The 12-person Senior Committee meeting on August 16 will reduce the senior field of 12 players to three for potential validation by the full selection committee, and on August 23 the coach/contributor committee will meet to select a coach/contributor to be presented to the Hall of Fame’s overall 49-member committee for approval.

But even though Wooten has retired, he still fights for the cause of black players, just as he was one of the people in the famous photo defending Muhammad Ali’s fight in 1967 to resist induction into the forces. armies and potentially be sent into combat. in Vietnam, alongside Brown, Kareem Abdul-Jabbar, Bill Russell, Willie Davis, Bobby Mitchell, and Carl Stokes, as part of the Black Economic Union that Wooten helped organize.

This time, his cause is for additional inclusion and recognition of the four black players in 1946 who broke the color barrier in the NFL that existed from 1933 to 1946: Kenny Washington and Woody Strode of the Los Angeles Rams, as well as Bill Willis and Marion. Motley of the Cleveland Browns.

This weekend, the Hall of Fame will posthumously award these players the Ralph Hay Pioneer Award as part of the recognition weekend for their “significant innovative contributions to professional football”. The award was first presented in 1972 and only nine times in total, most recently to NFL leader Joe Browne (2016), former umpire Art McNally (2012), famed creator of NFL Films Steve Sabol (2007) and famed turf guru George Toma (2001).

“The selection of these four men as recipients of the Ralph Hay Pioneer Award could not be more fitting,” Hall Chairman Jim Porter said in a statement about the ceremony which will include the families of the honored players. “Individually and collectively, they have brought about one of the most profound cultural changes in the history of professional football by breaking down the color barrier of professional football, ending years of racial segregation.

“Their pioneering role not only opened the door for generations of NFL players to come, it also changed the game forever.”

These players are called “The Forgotten Four”, but Wooten will tell you that their campaign wants them to be called “The Fab Four”, for their “fabulous” contribution opening the doors for all black players to pursue them.

And here’s Wooten’s logic behind the cry for additional recognition for these players, wanting their photos to appear in all NFL offices, NFL Films and NFL Network, as well as all NFL stadiums. These four players crossed the color barrier in 1946. “They suffered the abuse”, emphasizes Wooten. But everyone knows that Jackie Robinson broke the color barrier in Major League Baseball in 1947, and his number 42 is retired throughout MLB and honored once a year when all players wear number 42.

“We want the NFL to put their names in the Ring of Honor league-wide,” Wooten said. “That’s what I will fight with the league for. I’m sure 99.9% of black players don’t know who these guys are. These four guys don’t even ring a bell.”

Wooten also has a direct connection to a member of the Four. Browns owner Paul Brown asked Wooten to wear Willis’ No. 64 when he arrived in Cleveland.

“The most endearing thing for me when I came to Cleveland in 1959,” Wooten said, admitting at the time, “I didn’t know any of that stuff.”

Well, he knows now, and he knows how those four players opened up opportunities for him, and maybe even with the Cowboys organization. Wooten recalls back in 1975 when Schramm called him, wanting to talk to him about a job. John thought Schramm was trying to hire him as an assistant coach.

So Wooten became something of a scout, worked on signing contracts, claiming he had in fact knocked out 1976 first-round deal Aaron Kyle. Then, Tex wanted Wooten to sit with him during home games. And it wasn’t until 1989, Jimmy and Jerry’s first season, after their split from Gil Brandt, that Wooten ever secured a title with the Cowboys, taking over as manager of the professional staff.

Now, looking at the current list of 12 coaches/contributors, and knowing that they will only name one, Wooten knows he is way off, in the same group as coaches Don Coryell, Mike Holmgren, Mike Shanahan, Dan Reeves (also with Cowboys is linked as a player and assistant coach), Buddy Parker and Clark Shaughnessy, as well as TV executive Roone Arledge, owners Robert Kraft, Art Modell, Art Rooney Jr. and personnel manager Frank “Bucko” Kilroy, by the way, a former scout for the Cowboys (1965-70) among many other stops, including with the Patriots from 1971-2006 as a scout and in various frontline staff positions office.

“The reason I do what I do is what Gil and Tex did for me,” Wooten says. “It’s amazing the life I’ve had. I’m blessed, I’m blessed.” All rather astonishing, indeed.