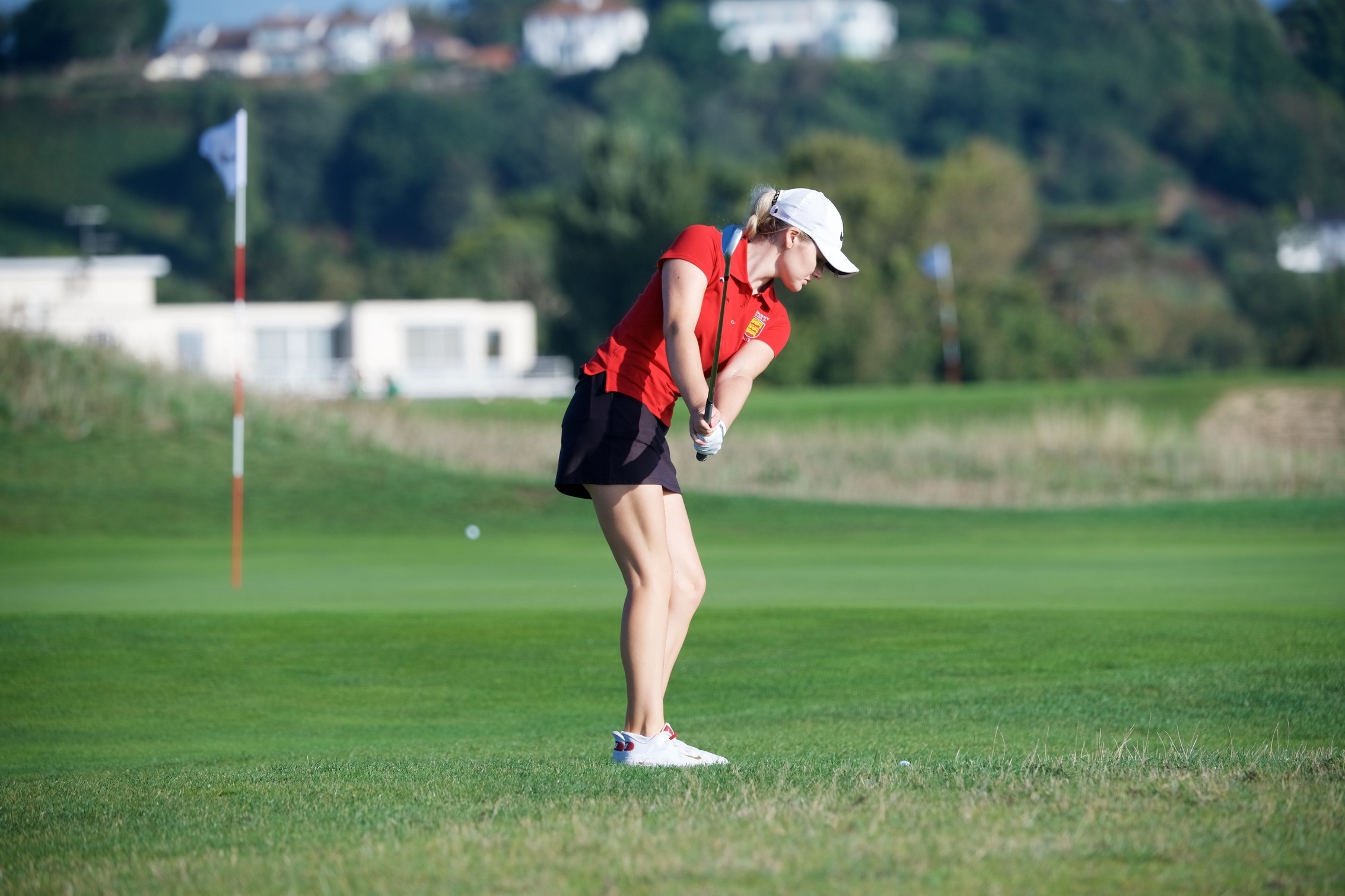 The complete victory in the Ravenscroft Women’s Interisland shows just how well Jersey women’s golf is, according to jubilant captain Juanita Adlington.

Jersey were in complete control from the start on their home turf at Royal Jersey Golf Club, winning 16-4 to maintain their unbeaten streak against rivals Guernsey.

And it was the junior players in the ranks who so impressed Adlington and those watching.

Going into the final day of singles matches with a comfortable 8½-1½ lead, Adlington and the team decided the junior girls should spend their day in the sun and get the job done, after Channel Islands champion Helen Lagadu took them.

Lagadu won his match against Di Stenner with a dominating performance, 5&3. But it was Flora Keites who had really caught the eye all weekend, playing high quality golf throughout and rounding it off by beating Kay Mapley by a whopping 8&6.

‘Flora was awesome; amazing all weekend,” said Adlington, who is also president of the Jersey Ladies Golf Association.

“I think they were the youngest team we’ve ever had and it’s very exciting to see these young players come through.”

Keites, partnered with another promising young player in Iman Hamid-Wilkinson, sent Jersey on a flyer in the opening match of the contest in the foursomes, beating Mandy Webber and Di Aitchison 7&6.

From there, Jersey dropped points in just five of the next 19 games (including the last three), two of which were halved.

Jersey were already 4-1 up after Saturday morning’s foursome and by the end of matchday one, after the four balls, Guernsey were trailing seven times and in need of a miracle.

The home side went on to win the first seven singles matches to retain the inter-island trophy.

“I expected it to be closer,” admitted Adlington.

“We had very good couples in the quartets and a lot of strength in depth, with a youth supported by experience.

“The players worked very hard in the duets and put us in a good position for the singles. Then it went bananas.

“It was an excellent and fun weekend of golf, played in a good mood. It was competitive but in a really friendly atmosphere, which is exactly what we all want.